Strevens started out as a commercial illustrator before WW2, and became known mainly as a painter in oil with a rich palette inspired by John Singer Sargent and the French impressionists. He painted formal portraits but was especially noted for his pictures of women, flowers and interiors. He exhibited at the Royal Academy and at the Paris Salon where he gained an Honourable Mention and had solo exhibitions in England, Spain and widely throughout America. 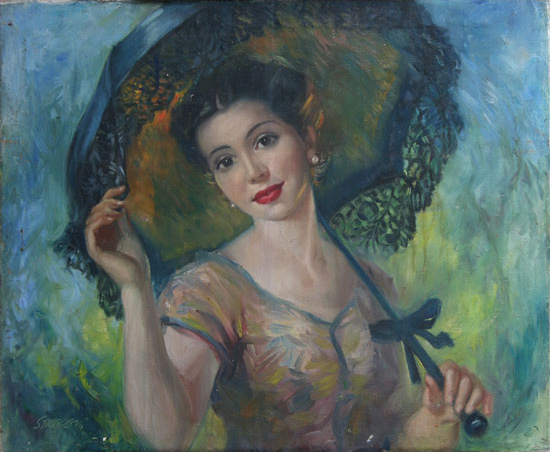 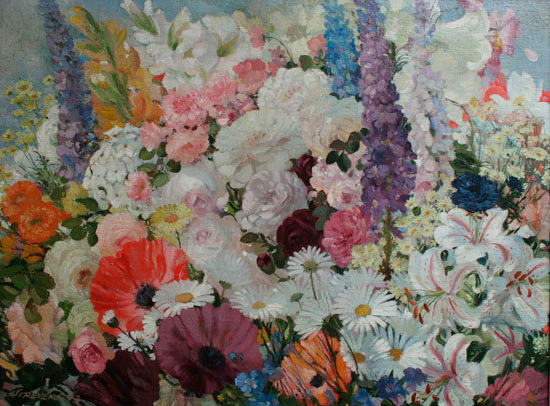 From The Other House (in memorium John Strevens) by Stephen Romer

… He painted lighted flowers, uncomplicated
smiling children,
but had his emblems too –
violin and bow, the dandy’s cravate,
a deathmask of a girl, the Inconnue,
pulled from the Seine, angelic serene,

the kind of thing
adored by ruined Dowson
– the drapes, the lamp, the pallor –
those cadences
of lifelong valediction
closing in a dream.

A tiny lilypond
was sunk in his honour
to lure him like late Monet
– he refused the role –
damn boring, open air,
and shuffled on down

and let the palette swirl
your darks, your lights
applegreen and cadmium
rapidity, panache – his style
had the flourish
of a full-blown peony

and when he died, what he knew
went up with him,
being curious, wide, wayward,
and all his own; there were traces,
scuffs of paint on a graphite Mozart,
canvases and books …